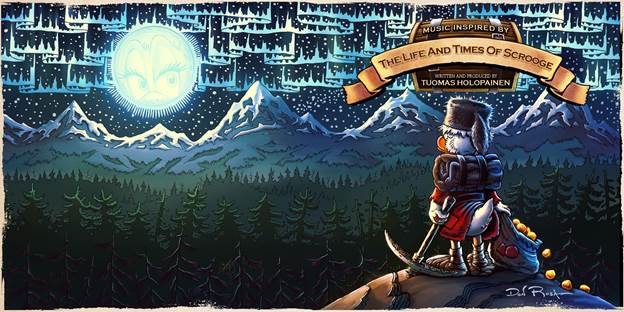 The tracklist of the album will be:

This 12 – chapter book tells the life story of a certain Scrooge, from his early years in the 19th century Scotland to his adventures all around the world until the 1950`s. The story contains such immense depth, detail, wit and emotional power, that the moment Tuomas read it nearly 20 years ago, it instantly became a story of profound personal interest and love for him. The initial spark of `coloring` this story with music, i.e. create a kind of “soundtrack” for the book, came to him already in 1999, and has ever since been haunting the back of his mind.