The Retrogress – Future Stories From The Past
Release Date: 01.01.2014
WebArt records
www.webartag.com

The Retrogress is a two man rock band. Guitars/Vox and drums.They awarded with the first prize of WebArt’s Band Contest 2012 out of 12 bands. Their stunning vocals combined with the guitar effects and the groove of the drums blown away the audience. From that moment they’ve started working with John Jeff Touch the producer of WebArt Records to produce and release their own music. Their influenced by Muse,Radiohead, Led Zeppelin e.t.c.
In 2012-13 they released two singles “Born To The End”, “Feeling” and the video clip of “Born To The End”. They also about to release their EP “Future Stories From The Past” on December 2013 by WebArt Records. 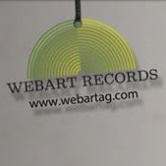