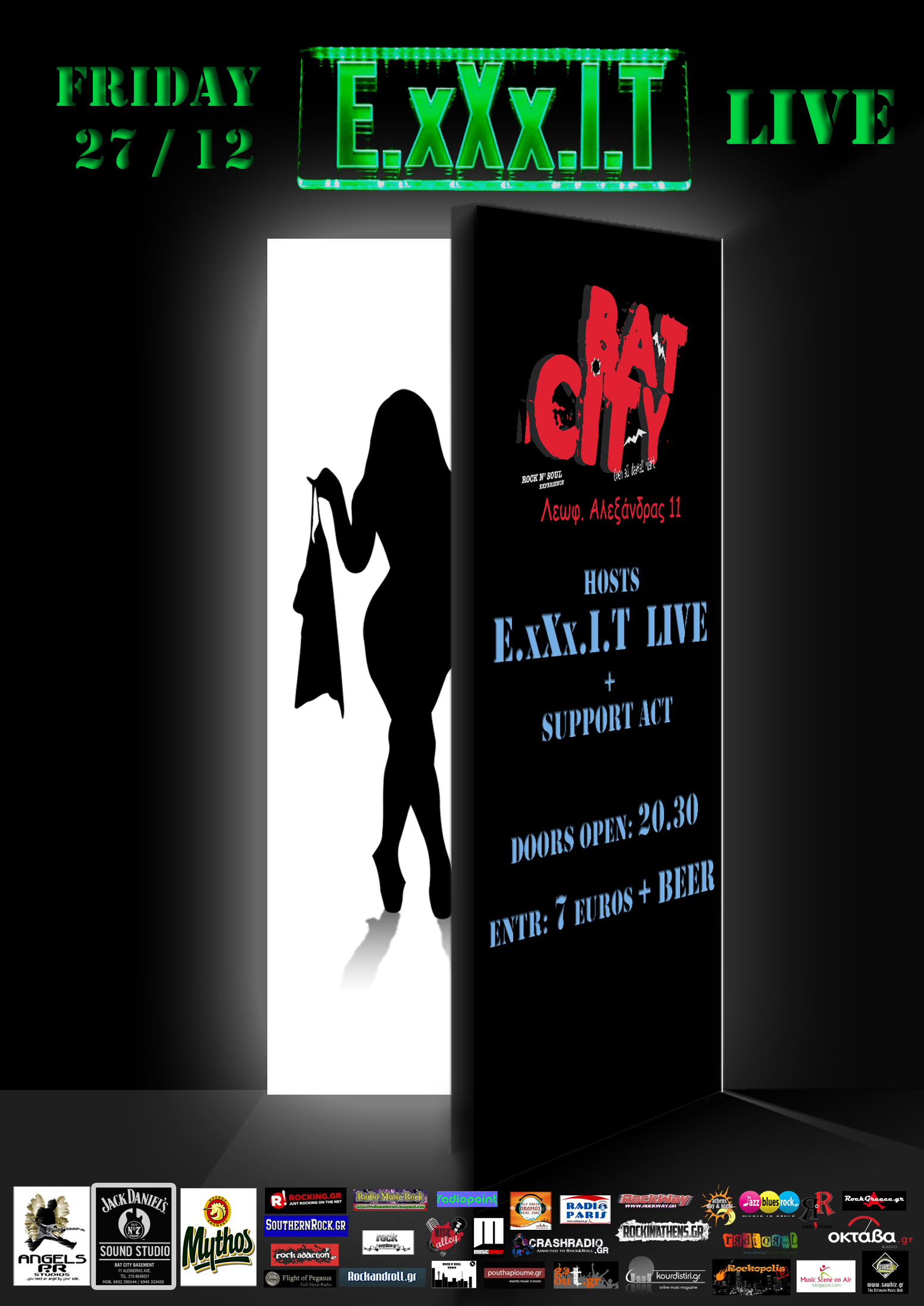 E.xXx.I.T :
Starting up as a four-member band in December 2012, they began covering their favourite heavy sounds, ranging from classic heavy metal to poser metal and glam. On April 2013 their skills and ambitions are powered up by the addition of a second guitarist. their name? E.xXx.I.T.…